A one-year-old child and her mother, who went missing in Egypt more than a week ago, have faced a military court accused of joining a terrorist group, according to the Arabi21 website.

Abdullah Madhar, his wife Fatima, their child Alya and her uncle Omar al-Din were last seen when setting off on a train journey from Giza to Asyut on 24 March. 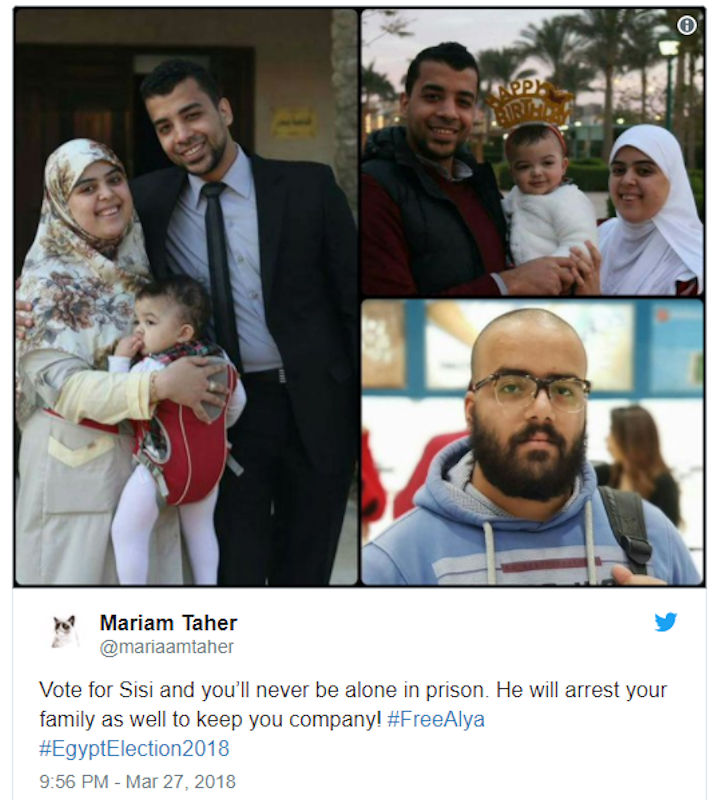 According to Abdullah's sister, Maryam, Fatima and Alya appeared at the Supreme State Security Prosecution court.

The whereabouts of Abdullah and Omar al-Din are still unknown, according to Arabi21.

"They were accused of joining a terrorist group and spreading false news. The prosecution decided to continue imprisoning her in al-Qanater prison.

"Alya is still with her mother, and lawyers learned that she has suffered from fever during the previous week."

Its nearly always the case that reporting of these types of charges is vague or carte blanche.

In this case - which terrorist organization, when did she join, what negative actions has she done, what is the admissible evidence, who are the witnesses to any of this.

They don't even mentioned whether she has pleaded guilty or has the benefit of a lawyer.

Women in Egyptian terrorist organizations is not common. Recruits in mainland Egypt have not been common since Luxor and most come from Sinai or are returning ISIS fighters/penetrating from Libya.

There is something psychotic/schizophrenic about Egyptian lawyers/prosecutors/judges which leads them to sweeping statements but few/no testable specifics/allegations.

For example its a terrorist offense to be a member of the Brotherhood yet even an idiot knows the Brotherhood is split a number of ways most simply into a violent (younger) and non-violent wing who don't talk to each other.

On the other hand recent experience with ISIS in Syria/Iraq is that women there, including women with small babies, are capable of monstrous crimes - including white/convert western recruits from Australia. People with less than a monkey brain and no monkey charm.
Top

Someone probably overheard them discussing the baby boom.