Are you bored with the telly?

Got nothing to read?

Too cold to go out for a walk?

Then let me suggest a website to alleviate your boredom ...and perhaps both educate you and make you laugh....or cry

Based in Oxford and funded by the Economic and Social Research Council, with support from the Faculty of History and Merton and Wolfson colleges.

Particularly the "Discovery of the Month " section

Think of it as a Tudor Darwin Awards....and enjoy!

Christmas past was a time for finer than usual dining, just like Christmas present. Jane Typtott, wife of John Typtott, must have felt some excitement on Christmas Eve 1567 as she lifted her pig onto a bench at Rickinghall Superior in Suffolk to slaughter it. Sadly for her, though quite understandably, the pig had other ideas. It struggled so violently that she fell over and stabbed herself in the right leg with her knife, dying soon afterwards. Jane was not the only victim of porcine resistance. On 12 January 1571 at Bromyard in Herefordshire, William Pitte of Stoke Bliss, gentleman, was killing a ‘Baken hogge’, a big animal worth three times as much as Jane’s Christmas pig. It bit him in the right hand, the wound presumably became infected, and twelve days later he died. 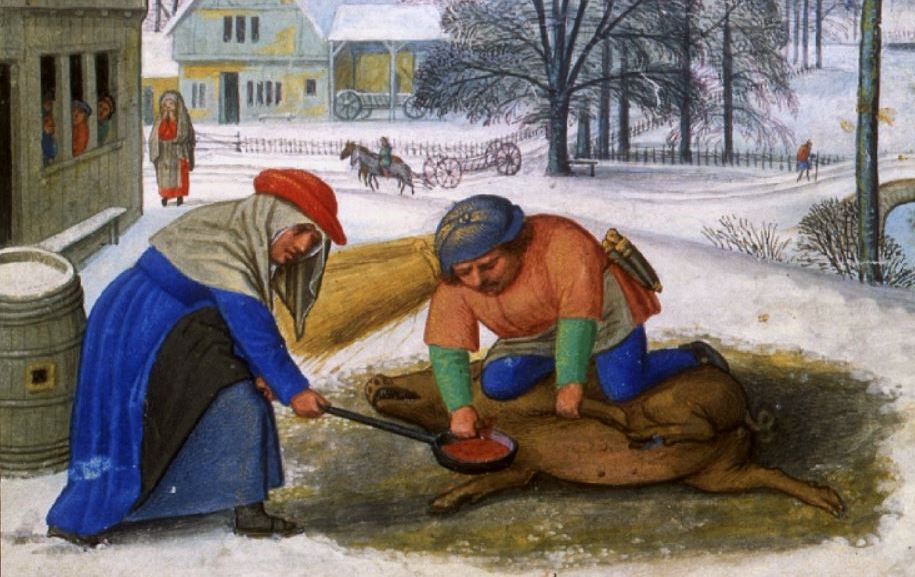