While the Egyptian government is notorious for censoring websites and platforms on national security grounds, there are no laws in force that explicitly dictate what is and is not permissible in the realm of online censorship. But if the draft law is approved, that will soon change.

Article 7 of the anti-cybercrime law would give investigative authorities the right to “order the censorship of websites” whenever “evidence arises that a website broadcasting from inside or outside the state has published any phrases, photos or films, or any promotional material or the like which constitute a crime, as set forth in this law, and poses a threat to national security or compromises national security or the national economy.” Orders issued under Article 7 would need to be approved by a judge within 72 hours of being filed.

Article 31 of the law holds internet service providers responsible for enacting court-approved censorship orders. ISP personnel that fail to comply with orders can face criminal punishment, including steep fines (a minimum of 3 million Egyptian pounds, or 170,000 US dollars) and even imprisonment, if it is determined that their refusal to comply with censorship orders “results in damage to national security or the death of one or more persons.”

In an interview with independent Cairo-based media outlet Mada Masr, Association of Freedom of Thought and Expression legal director Hassan al-Azhari argued that this would be impossible to prove in practice.

Writing for Access Now about the rising quantity of blocked websites in Egypt — which is now at 500, by popular count — Emna Sayadi points out that the law could contravene Egypt’s Constitution. She cites Article 57:

"…the State undertakes to protect the right of citizens to use public means of communication in all its forms. It shall not ban, block or deprive citizens of such rights in an abusive manner and this shall be regulated by the law."

Is anyone really surprised?

As usual ive just been threatened on facebook to remove the post, apparently they are going to get me thrown out of Egypt

I told them OK stop the talk and get on with it.

I get this a few times every month, some Egyptians just dont like you reporting the truth

Well Egypt tries to suppress just about everything else from free speech, political opposition and what you can read or post on the internet, so why not try to censor you on Facebook?

Well why not cut yourself off from the world/reality/truth. Its interesting that they think such extreme measures necessary to preserve power. If you have to do this you must really doubt what people actually think of you/what they will do if they find out.

The US reaction should be interesting - the UK is silent (Boris) even though the BBC is to be evicted. Senator John McCain is getting feisty and he counts for something/hates Trump. Germany and France are quiet but you normally expect a few of the Nordics to kick up a fuss (not just on this but all the other things) but they are quiet. Wonder what advice they are getting on the risks in Egypt/the region? All the major international NGO's are screaming, even UNICEF, but the governments aren't reacting. Odd

The rights under the constitution. Many laws in the past 4 years are arguably against the constitution but no lawyer will dare take it to court and every judge knows what he has to decide. I think its now true that there is not a single independent thinker in the whole of the judiciary.

Vodaphone is probably the biggest provider and 55% owned by London. (the hapless,hopeless and near useless State landline monopoly owns/demanded/extorted a big swag). Why not contact them or a London newspaper and accuse them of alliance with dictatorship.

Contact details: UK Media Relations on 01635 693 693 or email ukmediarelations@vodafone.com and we will get back to you as soon as possible. For the latest news and updates, follow us on Twitter: @VodafoneUKComms.
Top

If foreign governments reactèd to every lunatic idea mooted by Egyptian politicians they would have no time for anything else.

Expect more reaction if anything comes of it.
Top

Its just seems like post anything you want on the internet but it will go no further until we have scrutinised it. The problem is many people of Luxor will never see what is happening and just go for it and end up in the Karabush........ Maybe they should go to the so called Dark Net.....Just got home so not thinking right so tired, it may be called the Black Net, but I am sure you all know and have heard of it...
Top

The Dark net, interesting MT I thought it was just for pedophiles and pornographers?
Top

carrie wrote:The Dark net, interesting MT I thought it was just for pedophiles and pornographers?

It seems some one or something has been keeping you in the dark if one is to believe your thoughts.
Top

carrie wrote:The Dark net, interesting MT I thought it was just for pedophiles and pornographers?

It seems some one or something has been keeping you in the dark if one is to believe your thoughts.

Doing a google search would help you know that its not just for paedophiles and pornographers carrie but virtually anything illegal from hiring hit men, drugs, buying firearms etc, and from what I have read there is also many legal sites. 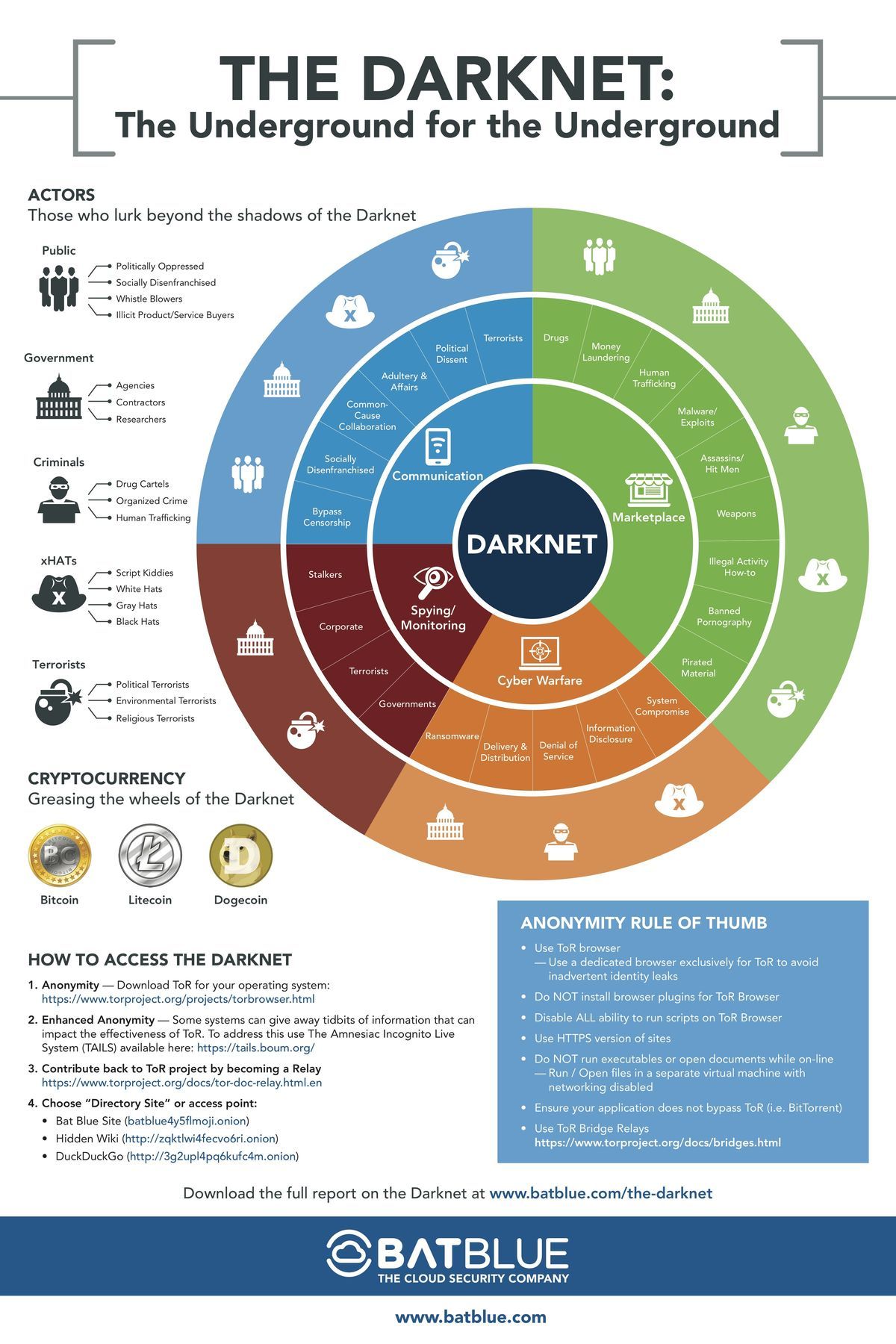 Keefy will inform us if and when L4U has to move to the datk web in order to escape the wrath of the thought police.
Top

I often find myself on the dark net, its called power cut.

You would have to use TOR browser, and like DJ says its for almost everything that may be illegal....
Top
13 posts • Page 1 of 1