As in other Orthodox Christian traditions in Russia, Serbia, and Ethiopia, Egyptian Coptic Christians have been celebrating the Christmas season with a month-long fast - a vegan type diet for 43 days leading up to the Christmas Day holiday January 7.

At the culmination of the season Tuesday, Coptic Christian families in Cairo gathered to worship and sing, dressed in their best, to break the fast together and celebrate. 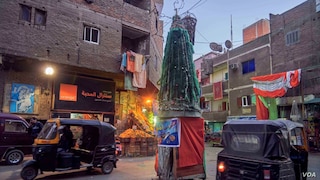 01 Residents of "Garbage City," a largely Coptic neighborhood of eastern Cairo, put up a Christmas tree made of materials including recycled plastic. 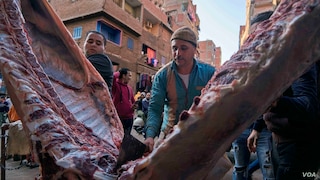 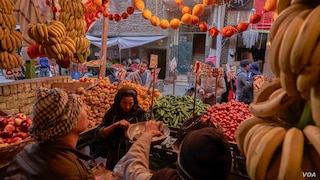 03 Shoppers flock to fruit vendors ahead of Coptic Christmas. Fruit is an essential part of celebrations for both Christians and Muslims in Egypt. 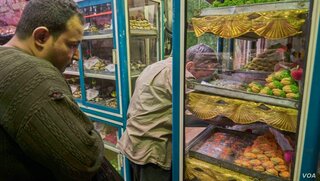 04 Cookies are part of a long Egyptian tradition on feast days. 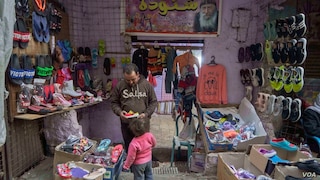 05 A father buys shoes for his daughter ahead of Christmas. 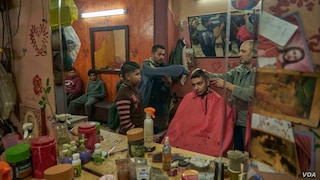 06 Aiming to look their best on a special day, men get haircuts as they prepare to celebrate the feast with their families and friends.

07 In Cairo's Garbage City, Coptic children enjoy time off from school during the holiday. 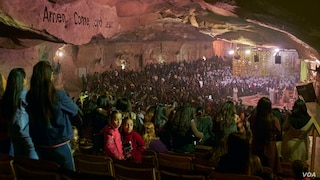 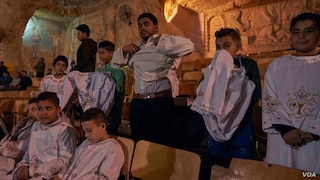 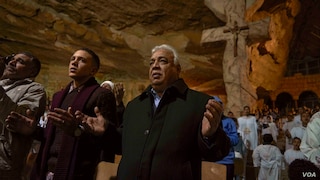 10 In the Coptic tradition, men and women worship separately. 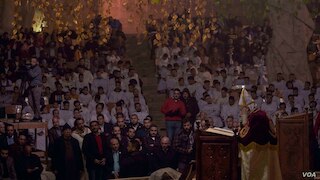 11 Coptic men attend a Christmas celebration Mass where the story of Jesus' nativity is re-told. 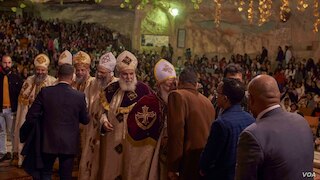 12 Egyptian politicians, members of parliament, and government officials attend Christmas Mass where they congratulate leaders of the Coptic community. 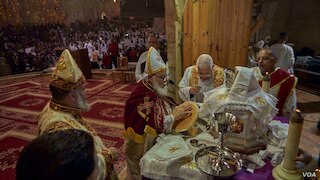 13 Coptic priests sing in praise as they consecrate bread during Christmas Mass. 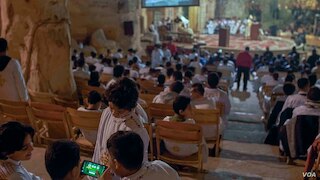 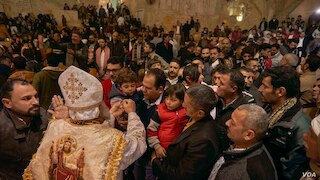 15 Toward the end of the Mass, Coptic believers line up to receive communion. 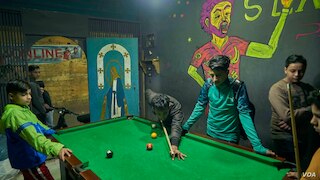 16 After Christmas Mass, young Coptic Christians gather with family and friends to relax and have fun.

I suspect this year’s photos will look a little different