Dried seeds and mummified meat and poultry are common things to find in ancient Egyptian royal tombs. They used to provide the deceased with the food they needed in the afterlife.

Tutankhamun’s tomb, for example, contained 48 cases of beef and poultry.

These mummified meats have never been subjected to analysis and research to understand what the ancient Egyptians used to preserve them. 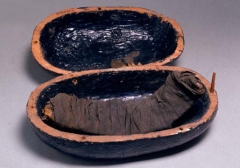 However, new studies carried out by Salema Ikram, professor of archaeology at the American University in Cairo (AUC), and a team from Bristol University have revealed that the ancient Egyptians mummified their meats with a very expensive resin exported from what is now Syria and Lebanon.

“This kind of resin was used in the mummification of elite and royal human mummies as a preservative and colour enhancer, which means that the food was being treated with the same respect as the human bodies,” said Ikram.

Analysis of several pieces of mummified meat from several ancient royal ancient tombs showed that the resin was called pistacia – which would likely refer to a type of small tree common in the region. According to Ikram, this shows the special attention ancient Egyptians gave not only to the jewellery, clothes and gold in the tombs but also to meat.

“Even now, if you go to Khan Al-Khalili and buy this resin, it costs a lot,” Ikram said.

But back in time of the pharaohs, Ikram says, the resin was considered to be a very luxurious item, especially considering the time it took to produce it and ferry it all the way back to Egypt.

The resin could have been used to flavour the meat as well as preserve it against bacteria, Ikram said.

She said that the process might have been similar to that used to make mastic ice cream, a popular desert in Arab countries and Turkey which also contains resin.

"So maybe this traditional way of preparing Middle Eastern food actually dates back to the Pharaonic period, when you had meats being covered with these resins,” she said.

Sounds cool to me paranoiac, Oxo cubes I shall chat to her, Sal next time we get pi***d about these little ancient stock cubes, bit of a 'lover of neat Bison Grass is our Sal, 'a trooper and dig slut! her words not mine...

All seems a bit too complex to me.. Too much time on their hands I guess ?

Why did they not simply cut the meat into thin strips and dry it in the Sun ?
Bacteria is what consumes the meat and makes it poisonous. The bacteria needs moisture, so remove the moisture and preserve the meat.
To bring the meat back to an edible state by boiling in water and THEN add herbs etc.. 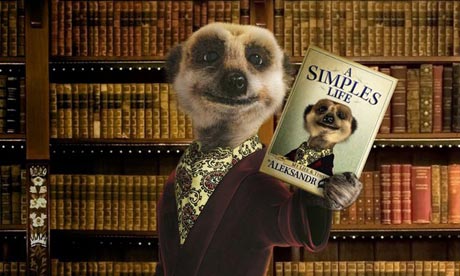 I hadn't realized that KZ supermarket went to so much trouble before they displayed their meat.
Life is your's to do with as you wish- do not let other's try to control it for you. Count Dusak- 1345.
Top
4 posts • Page 1 of 1