Attitudes to family planning in Egypt

Attitudes to family planning in Egypt

An interesting article on attitudes to family planning in Egypt. I doubt the findings will come as any surprise to those of us familiar with the Egyptian mentality 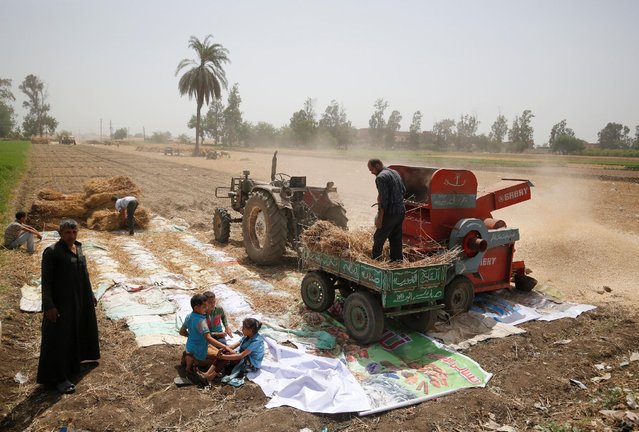 A number of factors contribute to the verdict of whether or not a family will choose to apply family planning which is defined by the World Health Organization as a family’s decision to determine the desired number of children and the time spacing between the pregnancies and know the means they can apply to achieve that picture.

Out of all the factors, cultural perspectives are distinctly significant because they constitute the mindsets by which a married couple in a rural area will ultimately act upon, and eventually either have two to three children or 10.

The most common of such perceptions is the idea that the more children the parents bear, the more the family’s wealth will increase. In that sense, children are viewed as profitable commodities that will actually bring in more money than they consume.
Dr. Ayman Zohry, a Cairo-based population and migration expert, equates this mindset with an “economic theory.”
“The cost of the child with wealthy people is expensive but the cost of children in slum areas is very low, and they are considered an asset to the family so the more, the better,” he said, explaining that the cost of a child is inversely proportional to the number of children the parents plan to have.

In contrast with limited income families, children from higher income families present a much higher cost for the parents; in order to meet the standards of their cultural class, the children are required to graduate from top universities, have a big wedding and live in an expensive home. This inevitably leads to the parents’ readiness to apply family planning and have less children. Without such high expectations regarding the quality of life in limited income families. They are inserted into the labor market sometimes at a very young age, even as young as five or six years old, according to Zohry.

For deeper insight regarding this topic, the Egyptian Family Planning Association (EFPA) offered potential interviewees at their clinic in Monufeya, located north of Cairo. In EFPA clinics, women are invited to get check-ups by a gynecologist and provided with education about their sexuality and the concept family planning at either a relatively low price or no cost at all. Most of them didn’t have the slightest idea about family planning before they found out about the clinic but became very aware of its value when they heard of it. When asked about people’s awareness about family planning in their community, the answer was that it varied from every neighborhood.

Another common cultural perception in the limited income families is that in many cases, there is a much higher demand for boys than for girls. Some of the women interviewed at the EFPA clinic shed light on the mindset behind that issue. Amira Mostaqim, 50, said, “I wanted a boy because he would be able to provide support for his siblings. If they ever get in trouble, he would be the one to back them up.”

Another woman at the clinic, Asmaa Mohamed, 22, shared that she had three girls and her husband was still waiting for her to have a boy. With reference to her current pregnancy, she said, “This time I’m pregnant because my husband is asking for a boy, a brother for the girls. You know how our culture is. The boy will carry his father’s name and he will take care of his sisters.” All her attempts to convince him that girls are equal to boys were replied to with: “I will love the girls because they are my children but you will have to carry another baby until we get a boy.”


According to Egypt Demographic and Health 2014 Survey
http://bit.ly/2hD7gVl

Surprisingly, when asked if she thought her husband had enough resources to actually provide for their children, she shook her head and said, “Absolutely not. I am terrified that it won’t turn out to be a boy. I’m being very honest with you. I wake up every day and pray to God it’s a boy because three children are more than enough. Before I got married, I was planning not to get more than two children but it seems that our culture will have the final say.”

Zohry explained that the reason limited income families attribute so much value to getting a boy is that “nowadays, still, the representative of the family is the boy, not the girl.” Not only is this statement reflected in the high demand for boys, but also in the decision-making power of the father regarding family planning compared to the mother’s.

There is also a religious perspective towards fertility and birth control. While Zohry believes its effect on the application of family planning is overstated, the interviews with women at the clinic proved a different theory. Comments such as, “Whatever God brings is good. I will not object” and “It’s up to God what happens to my children,” were frequent. Amal Abbas, 34, shared that despite the deficiency she feels in her physical capabilities after three pregnancies, “it depends on God’s will. If he wants me to get a baby, I will. It just kind of happens to you but it doesn’t have to align with your will.” When asked about the role of religion in family planning, she replied, “I’ve heard from many people that birth control methods are forbidden. Some religious leaders say, “if it God’s will, why would you stop it?” Others say, “You should consider how much money you have before you have more children.”

Because of the controversy between different religious figures, Zohry describes religion as a “double-sword.” “You can justify everything with respect to religion and you will find verses from the Quran that support your argument,” he said.

It is easily concluded that cultural perceptions regarding fertility and birth control may, in many ways, substantially hinder the application of family planning, especially among limited income families.

However, the good news is that if the efforts to encourage family planning are designed to address these specific perceptions, it is expected that the limited income families to adjust accordingly and allow families to make more informed decisions regarding how many children they bring into an already overcrowded Egypt.


This article is produced by a multimedia journalism student, Sarah Guirguis, at the American University in Cairo (AUC) and supervised by professor Kim Fox in Fall 2017

I can't see anything changing soon, even if Egypt introduced a one child policy like they did in China that leads to more but different problems.
I think the answer lies in the statistics, the educated better off have less children, to raise the standard of living and improve the education system is the only way forward.
Top

I don't see a draconian policy like China's being acceptable to the Egyptians and the fact they have a democracy - however flawed - rules that out.

I have seen some commentators suggesting a financial penalty on families with excessive numbers of children, or withdrawal of benefits (such as they are) but with half the population at, or below, world poverty levels, that's unlikely to be acceptable either....even though these are the very people breeding to excess.

Egypt has failed to address the issue for far too long (even though the problem was recognised decades ago)...and now it's going to be nigh impossible to deal with it.
Top

I think that in the 'now times,' the Egyptian parents will be soon discovering, like the UK farmers did a decade or two ago with their livestock, that the end product, value wise, falls far below the initial all round rearing costs.
Life is your's to do with as you wish- do not let other's try to control it for you. Count Dusak- 1345.
Top

carrie wrote: I think the answer lies in the statistics, the educated better off have less children

No, Carrie, they have fewer children.

Sorry, I thought that I had lost my grammar police hat.
Top

carrie wrote: I think the answer lies in the statistics, the educated better off have less children

No, Carrie, they have fewer children.

Sorry, I thought that I had lost my grammar police hat. 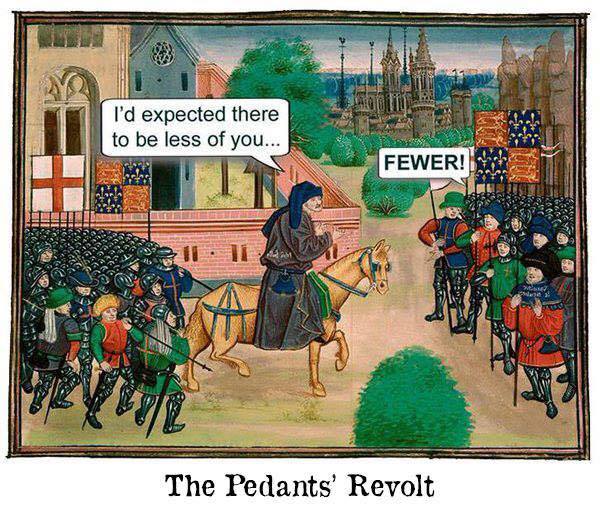