The government is going to take back land illegally occupied.

An example is in the long-standing artists colony of Tunis in Fayoum. http://english.ahram.org.eg/NewsContent ... youm-.aspx

Who knows, but one thing is clear they can’t go to the civil courts to claim their rights as long as the state of emergency/military law applies.

Tunis is an interesting place but I doubt a hotbed of current government support. Apparently a lot of intellectuals and artists live there.

It was established by artistic expats in the 60’s, seems to produce high value art and pottery and offers high cost/low volume/conservation style tourism to what seems high end Cairo customers. Sounds like its been saved from government initiatives and policies and has prospered in a self-help type of way. Its everything that low volume valued added tourism should be and must be a visible irritant to the government supported alternative. Significantly Tunis has no overseas owned, compounds with Louis-Farouk gilded style. Success should always be punished otherwise failure will have no prestige. Worse still, if people start to think that they can do it for themselves – chaos will follow and confidence in the state will collapse.

Whilst I have no hard data it seems like the westerners have taken a back seat and the benefits have been more fairly shared amongst the locals than in some areas I can think of.

Not easy to get there from Cairo but interesting. 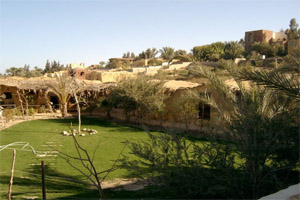 An example of the local pottery: 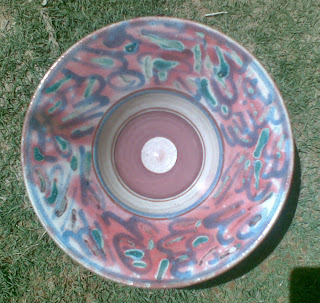 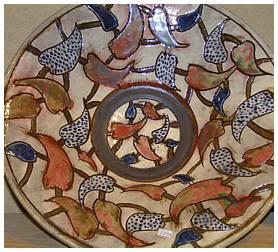 A Tunis pottery blog, which, unsurprisingly, seems to have collapsed in 2012:
https://potteryarttunis.blogspot.com.au/

Chinese tourism is showing an interest in Tunis so lets hope that it attracts lots of rich, educated and polite types who want to do more than laze around the pool and get p***ed. http://news.xinhuanet.com/english/2016- ... 882719.htm

In November 2016 even al Ahram thought is was pretty good: http://english.ahram.org.eg/NewsContent ... land-.aspx

Amazingly designing and building an attractive house seems to be not hard – that is if you are not bone stupid: https://www.ft.com/content/0b9ff5b4-c02 ... b0e3d20eaf. A useful antidote to the rants of those whose ill conceived and crudely executed plans came to nothing. 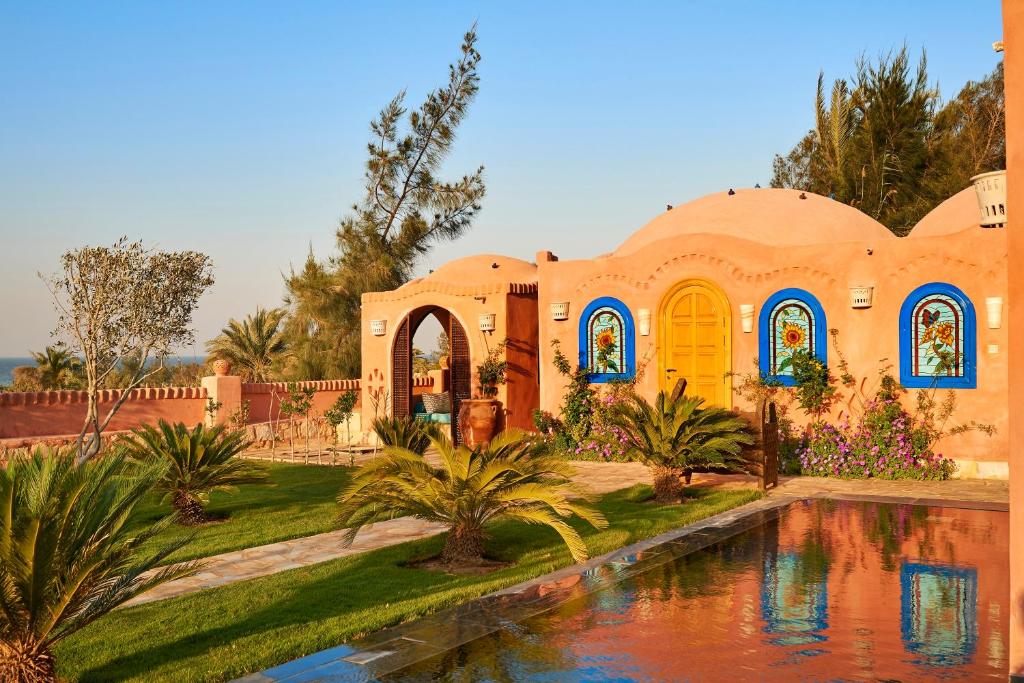 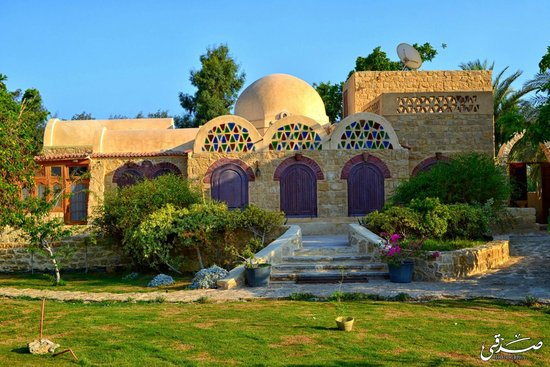 Maybe it looks and functions a bit like the West Bank of Luxor could have, if not for Farag and his enthusiastic western property development mates.

I’ve never been there but it looks interesting, quiet and beautiful.

Sisi does seem determined in this "land reclamation" business. Demolitions are underway everywhere...even in the Red Sea touristic areas. A list of businessmen with assets targeted is doing the rounds....headed by the usual suspects, - Ahmed Ezz, the entire Sawiris family - and one Mohamed Hafiz (no relation I assume?).

But why Tunis in Fayoum?

It smacks of petty revenge...after all, the vast majority of buildings in Egypt are not registered...a combination of bureaucratic obstacles and the desire of developers to avoid taxes. Many foreign "owners" actually own nothing more than a trail of paperwork. But I digress.

It's incredible to imagine where a developing country such as Egypt would be if it weren’t for the excessive censorship on literary and artistic expression, particularly when both forms of communication intertwine to direct the common people towards authentic grassroots causes and radical insights. Graffiti art is a format free from limitation due to its rebellious and unpredictable nature. It occupies public space to deliver a message that cannot be fully expressed via any other medium. Most importantly, it occupies free walls, free of charge, and in whichever spaces it deems relevant. The 2011 revolts unleashed an entire new species of groundbreaking graffiti artists during a time when the city was plagued by oppression, police brutality, and cultural deterioration.

A campaign against the innovative venture wiped the city clean, over and over again, until the practice simply became overshadowed by government-funded, family-friendly graffiti artwork and designs. Enter New Walls, an independent public arts project that aims to bring together 15 of the most revolutionary Egyptian and international graffiti artists to reclaim free space, targeting the walls of the village of Tunis in Al Fayoum, Egypt.

The vibrant community of Tunis is famous for its craftsmanship in pottery, natural sights and simplistic yet beautiful homes, which the New Walls project finds most suitable to work on, hoping to explore artistic themes beyond the political and “transform the Egyptian village into an open-air street museum,” as dubbed by the team to challenge the state of society today where artists are faced with politically polarized streets.

"Challenge the state of society...." and you're likely to attract unwelcome attention

Newcastle, an interesting point. You see patterns in unexpected places.

The article on building a house in Tunis which I mentioned above is behind a paywall so here is a public link to a cached version: https://webcache.googleusercontent.com/ ... en&ct=clnk. The article contains some tips on sourcing recycled historical building features (doors, tiles etc) as well as artisan made products from the City of the Dead.

Here is the house she built in Tunis whilst juggling a job working full time in Cairo for the Financial Times: 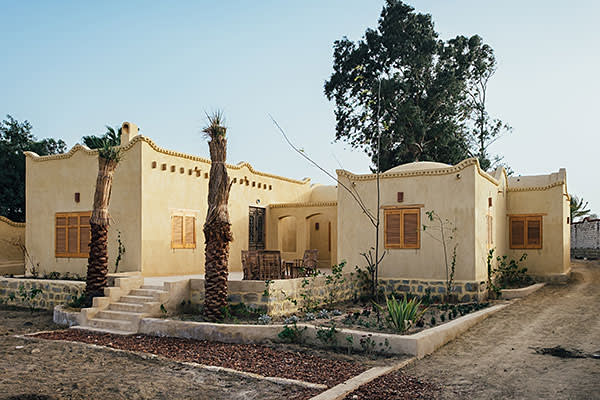 She claims it took 9 months from start to finish with minimal supervision, involved no major problems, and her tip was: ‘Find a builder you trust”. Easy for some.

By way of contrast the usual suspects (with a name beginning with S) are building this megalopolis nearby, so beached, sun-burnt whales with a taste for firewater and protective barbed wire will be well serviced: 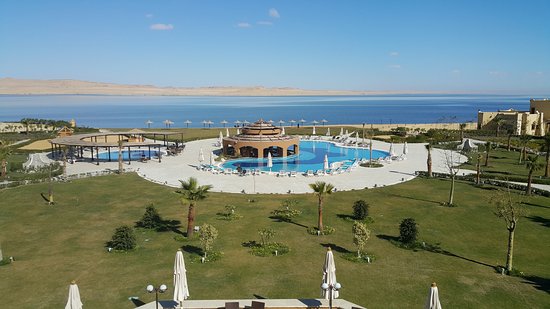 I guess its not so bad – it could be worse, although I can’t see it bringing much benefit to the locals. My general point is that government policies sets the plan for what type of tourism you want. High value/low impact/high jobs versus the horrors of anything goes. Its always the government's decision - although others take a different view and see financially crippled Thomas Cook as running the tourist world. Egypt chose one course, Turkey, Morocco and Kenya took another. Algeria refused to play. Places like Spain are turning on mass tourism with Barcelona pushing back because of all the negative impacts on the residents for poor returns. For poor and traditional countries a tourist industry which delivers little for the average person but takes a lot and involves contact between very different peoples is probably creating problems for the future.

Wonder whether this new development, unlike the long resident locals, acquired their land in an approved way. Wonder who they ‘bought’ it from. The job to get the ‘stolen land’ back is led by a committee chaired by a Mubarak era heavyweight, and former PM, and dominated, rather oddly, by Defense, Security Affairs, Counter-Terrorism and the General Intelligence Directorate. But with no representation from the Ministries of Agriculture, Housing, Interior or Communities.
http://english.ahram.org.eg/NewsContent ... claim.aspx. The intention couldn’t be clearer.

Siezing private assets is not new in Egypt but not dominant activity of the government in the last 4 decades. However in the last year and a half large numbers of major assets have been seized, including the largest dairy and juice company in Egypt. http://www.dailynewsegypt.com/2015/08/1 ... et-frozen/. It’s a very valuable asset and apparently well run because the European Bank for Reconstruction thought so highly of it in 2013 that it loaned it about $US150 million. http://www.ebrd.com/work-with-us/projec ... ayna-.html. Wonder where those assets end up.

On graffiti, Luxor is to the fore. A local (possibly 2) artist was/were prominent in Cairo in the day, and may have done some local ‘exhibitions’. Maybe its best to not post a link.

For your ‘only in Egypt’ file. The Gouna/Sawiris development was looking a bit antiseptic a few years ago. Even its sanitized residents wanted to join the fray so the obliging management established a graffiti wall and hired some nice and well born Cairo artists to come down to do their work and give the locals a frisson of excitement. Apparently it was the event of the year. I think their timing was a bit off – they did it in 2014. http://www.rc21.org/en/wp-content/uploa ... -Felix.pdf page 19.
Top
3 posts • Page 1 of 1