You Either Love It Or Hate It. 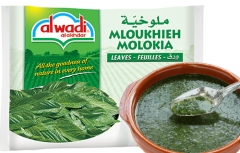 Love the smell - Hate the texture.

So I would say I hate it

I like it in general, but it does depend on who's made it. I've been served some that was weak and watery and tasteless, but I've also had some that has been very tasty.

It's the other 'gloopy' offering - bamiya (?) - that I have more of a problem with, but again I have had some that has been very good.

Along with tripe (can't stand the thought ), molokhaya I invariably pass on.

Odd, because I used to eat it. Invariably served by the family before a meal of duck and mashi.

Always seems to have a slimy texture...and too much salt & garlic.
Top

I strongly agree that it always depends on how it's made. I've never tasted two the same, most have not be good enough to encourage me to eat it anymore, ever.
Carpe diem!

Must be one of the vilest concoctions ever devised by man, or woman. Frogspawn in a dish.