A long article on how power is being concentrated in fewer and fewer hands, how the courts are corrupted and the Army comes out on top. Careful, deliberate and calm. https://www.reuters.com/investigates/sp ... stitution/

Two, possibly three, of Sisi’s ill-educated and inexperienced sons hold some of the most powerful positions in the state so its become like Mubarak although his rotten sons never held state office. On this view the nepotism is worse.

A visual summary of the changes: 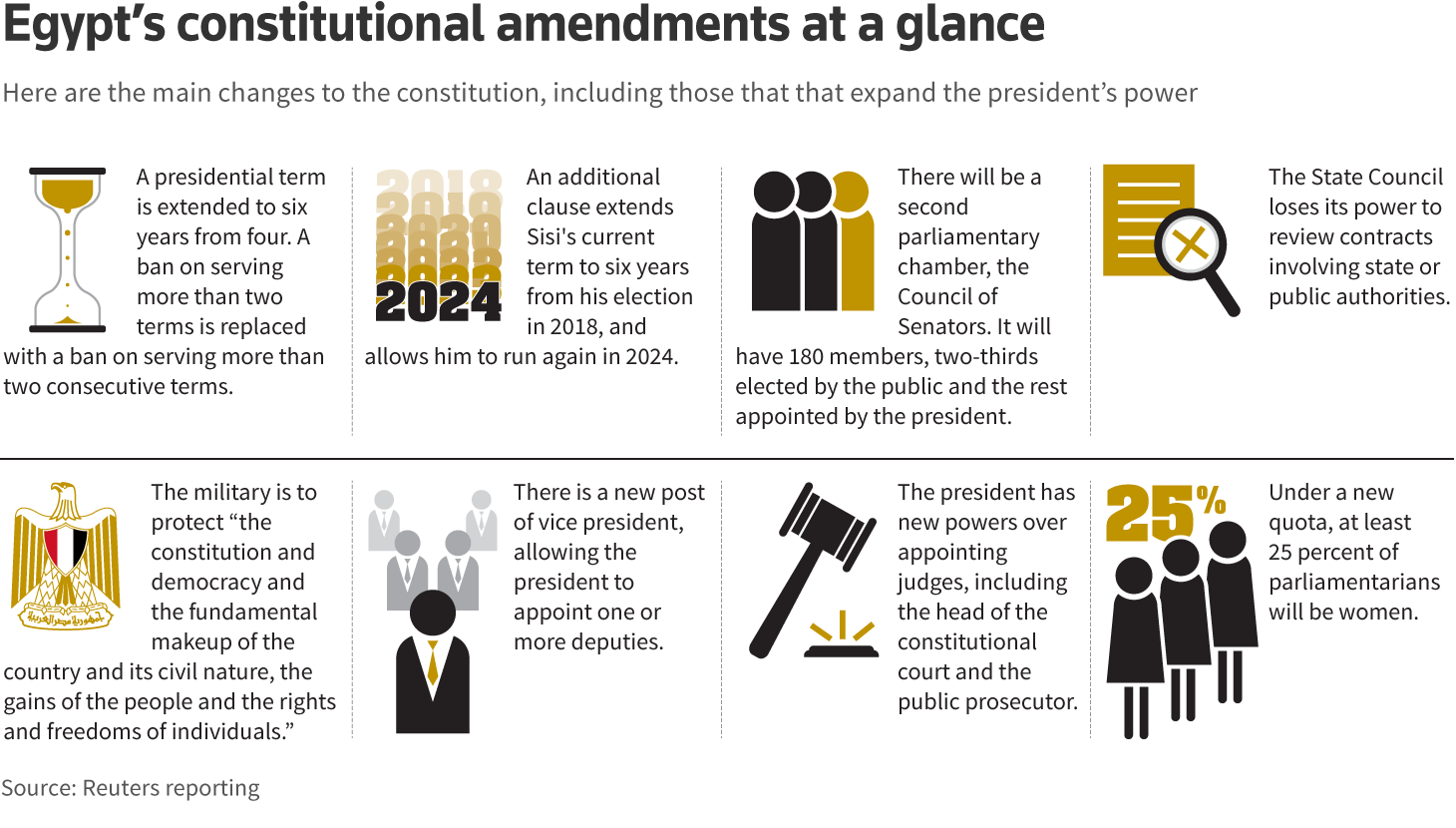 Note that all contracts are removed from independent review.

It’s a one party dictatorship with no free press, bloated jails, a broken economy, debt out of control and corrupted courts.

The 60 million or so poor or lower middle class Egyptians aren't likely to get opportunities or justice out of this rackety group of third raters obsessed with power and military control of everything.

Re: Reuters At It Again.

Egypt won’t care. The regime has a firm grip and Reuters’ views won’t get much airtime.

And I don’t see the international community caring too much about the governance of Egypt. As ever, making money, and keeping Egypt stable, are their driving considerations.
Top

Re: Reuters At It Again.

Its not just the whole economy in trouble, there are many business's in Luxor that owe 1000's of Egyptian pounds to the Utility Companies. Its hard to understand why they keep going, with a pittance income every week. There is also concern about the drop in quality of food served in food outlets, while all the time these outlets are raising their prices. I dont think people mind paying for food providing its good quality. Sounds to me the ex pat population will have to support these business's more. Sort of use them or loose them situation. Reading the other posts though it seems that the Country has taken on more than it could ever afford, and that money has not been spent wisely at all. (If it ever got used for the purpose it was meant).
Top
3 posts • Page 1 of 1